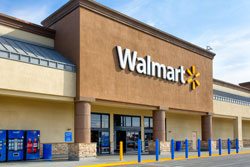 The taxpayers of America are unknowing victims of corporate extortion, effectively subsidizing big companies at the rate of billions of dollars each year for corporate relocations. The subsidies are often in the form of tax benefits, but may even be cash payments to companies threatening to move from their existing location—or to companies willing to move if the bribe is sufficient.

Consider moves from California and Texas alone. According to an April 2014 editorial in the Dallas Morning News, more than 250 companies have relocated from California to Texas in recent years. Corporate and Texas officials claim that the moves are motivated by Texas’ almost nonexistent regulatory environment, low wage costs, and lack of a state personal income tax. Not surprisingly, officials rarely mention what the news refers to as “a handsome dowry”, including outright cash payments, subsidization of relocation costs, and years of property tax abatements.

It is not just Texas and California where a battle for incentives occur, and the companies with their hands out include the largest, most profitable corporations in the world. Since the 1970s, there have been more than 240 mega-deals across the continental United States, each with subsidies of $75 million or more. According to the Walmart Subsidy Watch, Walmart – the largest company in America, with earnings in excess of $16.5 billion in 2014 – has benefited from more than $1.2 billion in “tax breaks, free land, infrastructure assistance, low-cost financing, and outright grants from state and local governments.”

In an era of state and local government budget shortfalls, requiring cut-backs in education and infrastructure spending, academic studies report that state and local governments offer more than $50 billion annually in incentives either trying to keep businesses or to lure them from other U.S. locations. According to University of Iowa Professors Alan Peters and Peter Fisher, after decades of policy experimentation and hundreds of scholarly studies, there is little evidence that incentives work.

Thomas Peterson of the Goldwater Institute is more blunt, saying, “They just don’t work…You have average citizens and taxpayers subsidizing wealthy corporations.” Some critics note that relocations are a zero-sum game since, according to CityLab, few new jobs are created, but are simply moved from one locale to another.