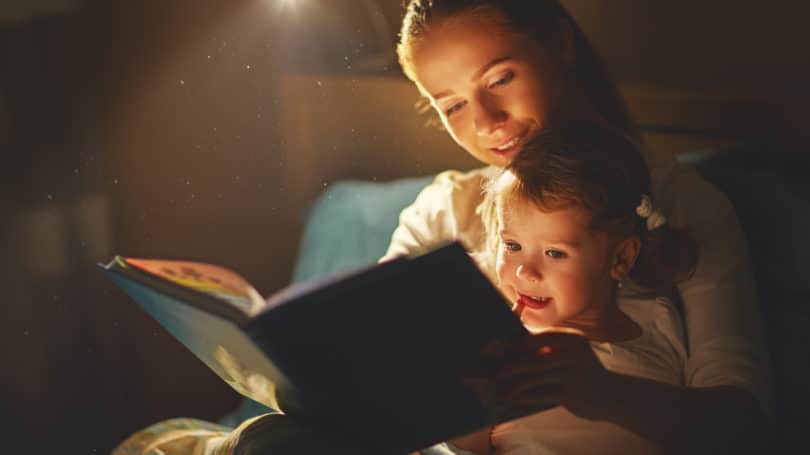 &nbsp:
When I was a child, my mother and I rode a bus to and from the downtown Wichita Falls, Texas library every Wednesday and Saturday morning. I can still see it now: a brick, three-story building with floor-to-ceiling windows and the children’s section tucked away in the basement. The librarian, a kindly woman with gray-streaked hair, was always there to help me find the three books I could check out with my library card.

Polished wooden benches were scattered across the linoleum floors, each filled with boys and girls looking through books as their parents made their selections from the stacks on the upper floors. Returning home, Mother and I would hurry to sit on the daybed that served as our sofa, where she would read aloud one of my treasures, each filled with colorful pictures and illustrations to enhance the excitement of the narrative.

Those early years of being read to by my mother, father, aunt, and grandmother spawned a voracious appetite for reading that has remained constant for threescore and seven years. In my experience, a love of literature of all types is perhaps the greatest gift any parent could give their child, a passport to distant lands and a time machine to other eras. It can also give your child many advantages in the years to come.

Here’s how reading can help your child succeed, and how to introduce them to the joys of reading.

Stories have been a primary medium of communication since the first family clans. Storytellers capture our imaginations, link us to the past, and establish the boundaries of acceptable behavior. Myths and legends passed from one generation to the next explain the unexplainable and remind us of the human values considered essential and ethical, both now and in the past.

In the ancient Western world, only those wealthy enough to afford a life of leisure or those in religious positions had the opportunity to learn to read. With the advent of the printing press, which made reading materials widely available, as well as improvements in public education, literacy became the norm rather than the exception for the common man.

The State of Reading Today

The percentage of American adults who read any work of literature declined from 56.9% in 1982 to 43.1% in 2015, according to the National Endowment for the Arts. This is even though the percentage of college graduates in the population more than doubled in the same period, according to the U.S. Census Bureau. Pew Research reports that one-quarter of Americans did not read a single book, in whole or in part, in 2017.