This article first appeared in Forbes.com on November 28, 2013. 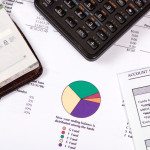 More than seven out of 10 Americans worry about outliving their income during retirement, according to a recent survey by Prudential PUK +1.57% Retirement. Decades of pension plan conversions to profit-sharing plans, combined with a stock market decline of more than 50% in 2008 and falling real estate values have devastated savings and retirement accounts nationwide. As a result, a combination of post-retirement work, Social Security benefits, and prudent portfolio management is going to be necessary for most baby boomers to retire during the next two decades. Implementing the following steps can help you maximize your post-retirement income so that you remain financially independent during your golden years.

According to a recent Gallup Poll, almost three-quarters of U.S. workers intend to work past retirement age, 40% by choice and 35% due to necessity. Delaying retirement as long as possible makes economic and psychological sense due to the following reasons:

Unless your job is too physically demanding or stressful, seek to extend your employment, either full-time or part-time, as long as possible.