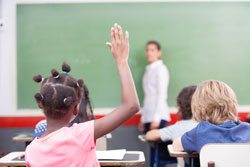 The tension between science and religion has existed for centuries, the former dealing with the natural world and the latter with the supernatural or spiritual world. Many people may be familiar with the story of Galileo and his trial by the Inquisition in 1633. He was forced to recant his belief that the Sun, not Earth, was the center of the universe – that Earth moved around the Sun, and not vice versa, as the Church taught. More people may be familiar with Charles Darwin’s theory of evolution, which has been attacked by religious fundamentalists for more than 150 years.

The conflict between religious beliefs and science is intensified in the crucible of public policy when proponents of either side conclude that the government has lost its impartiality to the detriment of the other. As a consequence, the country has a long history of state and federal court cases dealing with the intersection of religion and governance.

Separation of Church and State

The first phrase of the Third Article of the Bill of Rights of the Constitution states that “Congress shall make no law respecting an establishment of religion, or prohibiting the free exercise thereof.” Since its passage, the separation of church and state has been the subject of numerous government actions and Supreme Court cases including the following:

* In 1864, at an order by Treasury Secretary Salmon P. Chase, the words “IN GOD WE TRUST” were inscribed on all new United States coinage, but did not appear on paper currency until 1957.

* In 1878, the Supreme Court concluded that making religious law superior to civil law would make each person “law unto himself.” Such a belief would render the government ineffectual and irrelevant in the case Reynolds v. U.S. The case was about the practice of bigamy in Utah.

* In 1971, a Supreme Court case – Lemon v. Kurtzman – established what is commonly called the “Lemon Test” to determine whether a law had the effect of establishing a religion. In order to be constitutional and acceptable, a law must conform to the following:
* It must have a secular legislative purpose

* The state must not foster “an excessive government entanglement with religion”
This test is currently in use whenever a question of church versus state arises.

A particular hot-button issue today that tests the separation of church and state is the addition of intelligent design to the curriculum of public school science classes.

The Battle Over Teaching Evolution