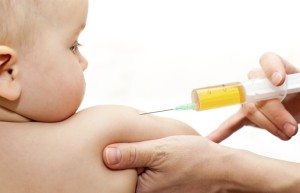 Childhood immunizations have been controversial for centuries. To many, the idea that protection or immunity can be gained by deliberate exposure to a disease is counter-intuitive. That unease, coupled with the possibility that a child might have an allergic reaction to a vaccine’s ingredients, is enough to cause many parents to question the wisdom of inoculation.

Anti-vaccination sentiment began early, even prior to Dr. Edward Jenner’s creation of the first smallpox vaccine in 1796. In Boston in 1721, Reverend Edmund Massey published a paper titled “The Dangerous and Sinful Practice of Inoculation,” which argued that diseases were sent by God to punish evildoers and that attempts to prevent them, therefore, were sinful.

By the late 1800s, anti-vaccine movements, present in both Great Britain and the United States, were active. The Anti-Vaccination Society of America was founded in 1879, and the protest against vaccinations continues today. Ironically, the movement expanded even as the number of smallpox outbreaks was reduced because of inoculation.

By 1900, many states—including New York, Massachusetts, California, and Pennsylvania—passed laws requiring vaccinations for any children attending public schools. Now, this is required by all 50 states—though all do provide some form of medical, religious, or philosophical exemption. The U.S. Supreme Court ruled in 1905 that states have the right to enforce compulsory vaccination laws, a ruling subsequently confirmed in 1922 and most recently in 2014.

Despite the opposition, vaccines for smallpox, rabies, typhoid, cholera, diphtheria, tuberculosis, tetanus, polio, measles, mumps, and rubella were in use by the 1970s. In 2014, the Centers for Disease Control estimated that vaccinations had prevented more than 21 million hospitalizations and 732,000 deaths among children since 1994.

The controversy over mandatory vaccinations for children has intensified since the publication of a study in The Lancet in 1997 by British former physician Andrew Wakefield linking the measles-mumps-rubella (MMR) immunization to autism.

Claims Within the Study

Wakefield’s study involved 12 patients treated at a London hospital. He and his colleagues reported that all 12 children had intestinal abnormalities and development regression beginning one to fourteen days after the MMR vaccination. The study went on to suggest that the vaccine caused a gastrointestinal syndrome in susceptible children that triggered autism.

Recognizing the profitability of a public controversy – fueled by all parents’ desire to protect their children – the popular press and fringe-favoring talk show hosts in the UK and U.S. immediately fanned the flames of public reaction and spread news of the study far and wide. According to a Salon article, U.S. newspapers mentioned the link 400 times in 2001 and more than 3,000 times in 2009 – and there were five times the number of television evening news stories on the link in 2010 than in 2001. As a consequence, vaccination rates in Great Britain decreased significantly.