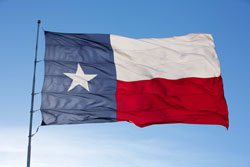 Few people are aware that, in 2008, Igor Panarin, dean of the Russian Foreign Ministry’s academy for future diplomats, predicted that the United States would break into four separate countries in 2010. He believed that the national and regional effects of the recent recession, and the people’s dissatisfaction with the status quo and the Federal Government, would result in the creation of five distinct, autonomous, political regions.

Panarin divided the U.S. into these new republics:

While Panarin’s prediction was wrong, or perhaps premature, he was right in identifying regional clusters of dissatisfaction, and their desires for change. For example, California voters are considering a proposal by venture capitalist Tim Draper to split the large state into six smaller units, so that “people will be closer to their state governments.” If implemented, the region would have 10 more senators.

Another venture capitalist, Peter Thiel, co-founder of PayPal, has funded the development of floating cities in international waters off the coast of California which would assume a libertarian form of government completely outside U.S. control. In Thiel’s view, these cities would be free of regulation, laws, and moral conventions. They would provide no welfare, impose no minimum wage, and have loose building codes and few restrictions on weapons. While such efforts may be considered extreme by some, they reflect an underlying sentiment that is very real.

While California would need congressional approval to divide into smaller units, Texas may not actually have that same restriction. Some people argue that within the terms of annexation, when the Republic of Texas joined the Union in 1846, there exists a right reserved by the state to split into five smaller states. This theoretical transformation would allow the resulting region to have 10 senators, rather than two – and eight more electoral votes.