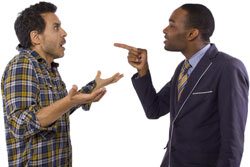 In the fall of 1992, I had the occasion to write my kids, nice, and nephew about the upcoming election. Four were voting for the first time. Like this coming election, there were three candidates—Republican George H.W. Bush, Democrat Bill Clinton, and Independent Ross Perot. Then, as now, feelings ran high. It is amazing, twenty-four years later, that the political environment has not improved; if anything, the division has widened. I can’t help remember Lincoln’s famous words in Springfield before the Civil War: “A house divided against itself cannot stand.” It is time for all of us to take a step back, draw a deep breath, and remember those citizens who disagree with our opinions are not our enemies. All of us love America and want the best future for our children.

This election Michael Shannon, Justin and August will vote for the first time in a Presidential race. With that in mind, I thought it might be interesting to see where our family fits in the political spectrum. With three generations, we form our own little cosmos. And, like the real world, there’s quite a bit of divergence. We have Bush fans, Clinton fans, and Perot fans. Depending upon the issue, we agree with each of the three contenders. I imagine our decision will boil down to the one we think best serves our interests.

The grandparents are rightly concerned about retirement factors—Social Security, Medicare, and taxes— while parents worry about the security of their jobs and income taxes. The youngest generation, not yet married with the responsibilities of parenthood, care about more esoteric issues such as the National Debt (They will be the ones who must pay the piper!), racial tensions, and the environment.

However, despite our disagreements and different priorities, we agree that the political process and the prevailing strategies to destroy one’s opponents doesn’t help voters understand the issues, the candidates’ positions, or even their records. It seems to me that something as important as the future direction of the country deserves better.

I’m particularly struck by the mean-spirited nature of the process. None of the candidates or their party show any toleration for opinions that differ from their own. And that attitude extends to the way we as citizens react to one another. Rather than listening to another’s viewpoint, i.e. stand in their shoes, or granting that their position might have some merit, we attack their intelligence, their morals, or their heritage. Political debates, like moral issues, generate heat with little light. Too many people see democracy as a chance to push other people around for their own benefit.

Given the problems facing the world and America coupled with our inability to agree on the most simple issues, I wonder what the future holds for our children and our children’s children. Most of all, I wonder, “What can I do about it?” I will vote this fall and I hope each of you will also. Whomever is selected as our President will have my prayers and support.