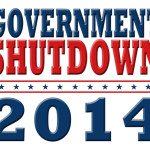 If you are frustrated, disgusted, and fed up with the failure of Congress and the President to address the primary issues facing the country, you’re not alone. According to a Pew Research Poll, more than 80% of citizens don’t trust the government to do what is right most of the time. The fiasco over raising the federal debt to maintain America’s unrivaled credit standing was just the latest example of a Federal Government so polarized that basic legislation and critical appointments are almost impossible.

International worries about our political dysfunction and its causes have echoed across the world in foreign newspaper headlines. On July 13, 2011, the UKs “Telegraph” published a story entitled “System Failure: U.S. Democracy is Nearing its Limits.” On October 17, 2013, Germany’s “Siegel Online International” led with “America’s political dysfunction threatens its global leadership.” Canada’s “Toronto Star” wrote on October 16, 2013 that “Adversaries turn into enemies in U.S. politics.” And, France’s “Le Monde” ran a story on May 16, 2013 titled “Billionaires unchained.”

The questions naturally arise: How did we get to this point? And can our system be fixed?

The Founding Fathers – the 55 delegates who drafted and signed the Constitution – intended to establish a government that was much more democratic than any the world had ever seen. Reacting to the monarchical system in England, they strove to define certain rights for American citizens that could not be taken away.Yet, a government ruled by a majority – and therefore susceptible to mob rule – scared them. As a consequence, they founded a constitutional republic where power is spread and counter-balanced among three branches of government: Congress, the president, and the courts. Passing laws is a slow, deliberate process that requires approval from all three of these branches.

This system of checks and balances enabled America to become a superpower economically, militarily, and morally by the 20th century. Unfortunately, our complicated and overly legalistic system can be a disadvantage in today’s fast-moving world with rapidly changing technology, open borders, dependent economies, and international competition.
Read more . . .