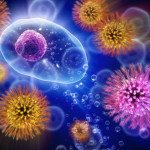 Newspapers and television news reports have shrieked the appearance of new “superbugs” and the dangers they pose for humanity. “Deadly Superbug Scare: Flesh-Eating Germ in 31 of 63 State Hospitals” headlined the “Boston Herald” on March 7, 2013. ABC News Chief Health and Medical Editor Dr. Richard Besser proclaimed earlier on a March 6th newscast that “bacteria that start in hospitals often find their way out into the community. That would be a nightmare scenario.”

On March 11, the “Atlantic Wire” reported that public health officials in the United States and Great Britain were concerned about a potentially catastrophic threat to human health due to a spike in the appearance of the drug-resistant bacteria carbapenem-resistant Enterobacteriaceae (CRE). According to Dame Sally Davies, the United Kingdom’s chief medical officer, “If tough measures are not taken to restrict the use of antibodies and no new ones are discovered, we will find ourselves in a health system not dissimilar to the early 19th century at some point.”

Is it time to run for cover, avoid contact with other human beings, and prepare for Armageddon? Read more . . .