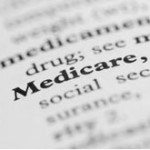 The costs of healthcare in the United States is a potent issue in the forthcoming election. Both political parties agree that immediate steps must be taken to reduce the proportion of the nation’s gross domestic product (GDP) dedicated to healthcare, but approach the problem from vastly different perspectives and, as a consequence, propose equally diverse solutions. In particular, prospective changes in Medicare – the public health insurance program for people age 65 and older – has become a battleground as both parties seek to capture the senior vote.

The financial cost of Medicare alone, distinct from the larger category of general healthcare, is exceeded only by the expenses of Social Security and military spending. Medicare costs were 3.7% of gross domestic product (GDP) in 2011, and are projected to grow to 6.2% of GDP by 2085. As President Barack Obama stated in a message to Congress on September 8, 2011, “Millions of Americans rely on Medicare in their retirement. And millions more will do so in the future. But with an aging population and rising healthcare costs, we are spending too fast to sustain the program. And if we don’t gradually reform the system while protecting current seniors, it won’t be there when future retirees need it.”