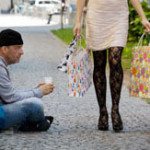 Warren Buffett, number 2 on the Forbes 400 List of The Richest People In America, said, “There’s class warfare, all right – but it’s my class, the rich class, that’s making war, and we’re winning.” Certainly, the disparity between the wealthy minority and the rest of Americans has widened considerably over the past 40 years. In 1973, the top 1% of earners collected 7.7% of all U.S. income; by 2013, their share had grown by two and a half times to 19.3%. Even more astounding, the top 10% of earners collected almost half of the nation’s total income (48.2%), the greatest disparity between the rich and the rest of the American population since the Roaring Twenties.

That decade, following the close of World War I, ended in the worldwide Great Depression. It also saw curbs on immigration with the passage of the Immigration Act of 1924, the rise of radical political movements including communism and fascism, and the reemergence and national spread of the Ku Klux Klan.