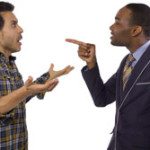 “Let your conversation be without malice or envy, for it is a sign of a tractable and commendable nature: and in all causes of passion admit reason to govern,” thus proclaimed George Washington in his “Rules of Civility & Decent Behaviour in Company and Conversation,” written sometime before the age of 16. In the heated, often rancorous season of political contest, we Americans often forget that our fellow citizens are more similar to each other than dissimilar, our goals and ambitions more analogous than antagonistic. As a consequence, our public and private discourse has become intensely personal, focused on differences rather than consonance, so that friend, family, and work relationships are frequently in peril.

Civility, to most people, is simply being polite, reasonable, and exhibiting respectful behavior. When people disagree, discussion becomes personal attacks; instances of rudeness for other people are common in grocery stores, city streets, even between neighbors. According to the 2013 Civility in America: A Nationwide Survey, most Americans believe that this era of incivility is “harmful to our country’s future,” and is likely to erode further in the future.

The same survey indicates that one of three workers believe their workplace is uncivil, leading to job dissatisfaction, burnout and stress, and workplace aggression as evidenced by the number of employees and ex-employees who return to their jobs to exact revenge and commit mass murders. It is also expensive, slowing production, limiting employee participation in company projects, and higher turnover with one of four of employees who quit their jobs attributing it to incivility in the workplace.

Dr. Gary Namie, psychologist and co-founder of the Workplace Bullying Institute, notes that lack of civility and bullying go hand-in-hand, asking, “How in the world can we stop bullying in schools, in the workplace, in politics, when it is so close to our national character right now?”