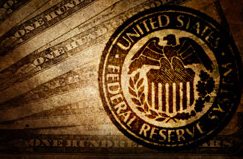 The words of Saint Paul to Timothy in the Christian Bible have resonated throughout the ages: “For the love of money is the root of all evil.” Therefore, it should come as no surprise that the Federal Reserve System (otherwise known as the “Fed”), the mother of all money in the United States, has been publicly reviled since its formation in 1913.

Charles A. Lindbergh, Sr., father of the famed aviator, claimed that “This [legislation] establishes the most gigantic trust on Earth…the worst legislative crime of the ages is perpetrated by this banking and currency bill.” Henry Cabot Lodge, Sr. said the Federal Reserve Act “seems to me to open the way to a vast inflation of the currency,” a consequence abhorrent to anyone with significant wealth that would be devalued as a result.

At the same time, the inability of the country to reduce or eliminate the impact of wide gyrations in the economy – booms and busts – with accompanying financial panics and economic depressions persuaded most Americans that a change in the country’s banking system was necessary. While there was considerable disagreement about the solution, public officials – both Republicans and Democrats – agreed that the existing monetary system was inflexible and incapable of meeting the needs of a country destined to become the world’s greatest beneficiary and exemplar of free enterprise.