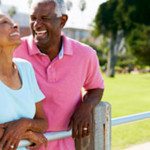 According to a 2013 Gallup Poll, more than half of working Americans expect to retire by age 65 or earlier. However, this expectation stands in stark contrast to their practical readiness for retirement.

Despite the probability that many Americans will have to rely on Social Security and Medicare for the bulk of their retirement and healthcare expenses, a FindLaw.com survey reveals that 30% of workers lack faith that these programs will be viable when they retire. Many economists analyzing the existing demographic and savings data project that tomorrow’s retirees need to save more, work longer, and get by with less than today’s retirees do. If that potential fate discourages you, implement the following tips as soon as possible to improve your likelihood of enjoying a comfortable retirement.