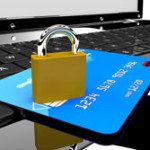 In 2013, the FBI arrested a ring of identity thieves responsible for more than $13 million in losses over a two-year period, from 2007 to 2008. Tobechi Onwuhara, a Nigerian national, impersonated victims across the country to scam their credit card companies into transferring millions of dollars from their customers’ home equity line of credit (HELOC) accounts, and the information he and his confederates used to identify victims was primarily collected through public sources. In other words, any efforts by the individual victims to foil the perpetrators would likely have been futile.

Onwuhara’s expertise was his ability to collect and combine disparate pieces of personal and financial information available free or for a fee to anyone from legitimate sources of private information. His skill allowed him to impersonate credit card holders to have open credit lines monetized to his benefit.

Some of his favorite sources of data included:

In 2013, Americans were shocked to learn that the National Security Agency conducted mass surveillance of its citizens by intercepting and monitoring Internet and phone traffic within and outside of the country’s borders. When challenged, government officials justified the collection on the basis of national security and ongoing threats of foreign terrorism within the U.S., believing these threats to be aided by both American citizens and foreign nationals within the country.

The disclosure ignited a debate between those advocating the need for the government to access such information and those who deem such acts a violation of the Constitution’s Fourth Amendment and an implied right to privacy. Whether the program is going be modified in the future remains uncertain.

The Risk of Identity Theft

The surveillance incident follows a growing concern for many about the possibility of their identity being stolen. Identity thieves have the potential to plunder bank accounts, run up credit card balances, and perpetrate malicious mischief on innocent people or in their names. According to a recent report based on data from the U.S. Department of Justice and Javelin Strategy and Research, about 11.5 million people are victims of identity fraud each year, with total financial losses of $21 billion. The personal stress and inconvenience suffered by victims is incalculable, to say nothing of the effort required to restore their good name and credit after the fact.