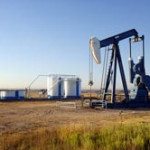 United States presidents since Richard Nixon have sought the development and implementation of a comprehensive energy policy without success. As a consequence, the country became heavily dependent upon foreign oil imports in the early 1970s. The first supply crisis occurred with the Arab Oil Embargo of 1973-1974, which, in his “Memoirs,” Henry Kissinger called the “worst crisis to the free world since World War II.”

American needs for energy, particularly petroleum, dictate our foreign policy and relations with other countries around the world. The fact that we are beholden to Middle East regimes, often unpopular in their own country, requires that we maintain a military presence in the region to protect our interest in the oil resources. This, in turn, has drawn us into numerous expensive and deadly police actions. And our efforts to democratize the countries are unsuccessful – perhaps because our motives remain suspect by the people living there.

Furthermore, our cost for foreign oil, approximately $1 billion per day in January 2012, slows our economy and wreaks havoc with our balance of payments. In short, our practice of paying billions of dollars to import oil, particularly to those nations that have been hostile to U.S. interests, has become untenable.