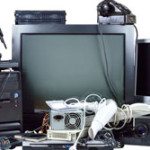 Malcolm Forbes is credited with the phrase, “He who has the most toys wins the game.” According to a People magazine article written at the time of his death, his hobbies included the acquisition of wealth and “flaunting what it could buy.”

His memorial service featured displays of his vast collection of art, including antique model boats, toy soldiers, and manuscripts. Forbes owned eight homes around the world including a private island, 2,200 paintings, a 151-foot yacht, and a Boeing 727. He also owned more Russian Imperial Faberge eggs than the Russian government. Since his death, Mr. Forbes’ philosophy has been attacked by both preachers and pundits, some of whom cited the Bible’s question: “What good will it be for a man if he gains the whole world, yet forfeits his soul?”

The Impact of Accumulating Stuff

Ironically, studies suggest that the pursuit of material possession makes us happier than its actual acquisition. Dr. Marsha L. Richins, a professor of marketing at the University of Missouri, says that materialistic consumers derive more pleasure from desiring products than from actually owning them. In his book “Stumbling on Happiness,” psychologist Daniel Gilbert says that satisfaction and joy from owning an object quickly wanes, an effect psychologists call habituation and economists call “declining marginal utility.”

A series of studies published in the journal Motivation and Emotion in July 2013 indicates that as people acquire more, their sense of well-being diminishes. As they acquire less, it rises. Another study published in the December 2013 issue of the Journal of Consumer Research states that materialism fosters social isolation, and vice versa. The relationship creates a vicious cycle – the more lonely you feel, the more likely you are to seek possessions, even as a greater amount of possessions crowds out your relationships.