“I know that you believe you understand what you think I said, but I’m not sure you realize that what you heard is not what I meant.” This quote, often attributed to the late children’s book author Robert McCloskey, perfectly sums up the problem of communication. The possibility of misunderstanding, misinterpretation, and mis-identification exists any time two or more people attempt to transmit and receive information, often leading to humorous – and sometimes, tragic – consequences. 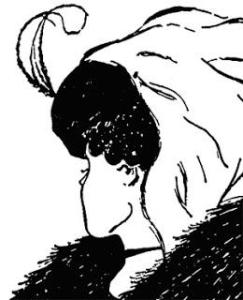 The picture on the right – usually referred to as the young/old woman illusion – is an example of how miscommunication can happen. The speaker can refer to the “young woman” while the listener can only see the “old woman.”

A few classic examples of how people often say one thing, but mean something else:
Trip to the Grocery Store: A young wife asks her husband to run to the grocery store to pick up ingredients to bake a cake. Her husband, happily engaged in watching his favorite football team play, reluctantly agrees when she assures him it will be a quick trip, as he will be purchasing a minimal number of items. To ensure that nothing is omitted, she lists the six items she needs and hands the list to her husband before starting to preheat the oven. An hour later – the third quarter of the game almost over – the angry husband finally returns from the store, staggers into the kitchen with multiple full sacks, and returns to the car for a second unloading. As she opens the sacks, his chagrined wife discovers the following:

In making her list, the wife failed to put periods after the numbers on her list, so the dutiful husband viewed the item number as the amount of units to be purchased. Fortunately, the honeymoon had not ended.