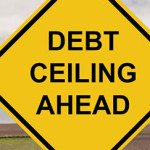 The circus is coming back to town, seemingly an annual occurrence following the 2010 Congressional elections. Republicans gained control of the House of Representatives with the most House seats since 1938 (242 Republicans, 193 Democrats), while Democrats retained control of the Senate with 53 seats. And even though Democratic President Barack Obama won reelection in 2012, Congress remains divided between the Republican-controlled House and the Democratic-controlled Senate.

It’s not just a divided Congress that contributes to the annual political circus. The 2010 elections also introduced an ultra-conservative movement into the Republican Party – a unique coalition of politicians combining anti-tax, reduced government spending, libertarian, social conservative, and anti-immigration groups centered in rural areas and the Deep South. Aided by years of gerrymandering by both political parties to create safe seats, 87 freshman House Republicans came to Washington committed to the tea party movement, reflecting the group’s influence on Congressional elections and party primaries, pushing the Republicans to the right and further embracing a “no compromise” stance.