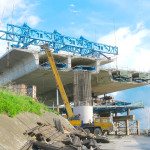 Since the beginning of civilization, there has been tension over the role of government and the provision of services paid for with public funds (tax dollars). Before the advent of democracies, ambitious, enterprising men sought the favor of royalty in order to gain political power and riches at the expense of the population.
American governments, whether federal, state, or local, have not been immune from this trend where politicians manipulate the economy to fill their own pockets, as well as the purses of their friends. Boss Tweed and his cronies at Tammany Hall bilked New York City taxpayers of more than $200 million in the building of public works by private contractors. The Credit Mobilier of America scandal with Union Pacific during Ulysses S. Grant’s presidency reverberated for decades. According to The Atlantic, privatization leads to crony corruption, citing the example of Edward Snowden and Booz Allen Hamilton.
Read more . . .