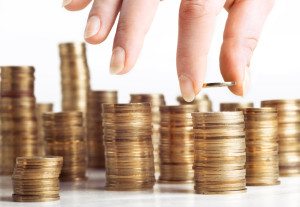 The tensions between Wall Street and the Federal Government and the cries to rein in bankers and level the playing field for the average worker existed long before ‘Flash Boys.’

In response, the Dodd-Frank Wall Street Reform and Consumer Protection Act was passed in 2010 with the hope that it might bring about much-needed reform of the financial services industry. Predictably, the industry resisted any attempt to curb its immense power, flooding the halls of Congress with lobbyists and the campaign coffers of legislators willing to roll back parts of the 2010 bill. As a result, many regulations are still not in place, and the Securities and Exchange Commission and CFTC budgets have been slashed, limiting their ability to investigate wrongdoing.

What Is Responsible Regulation?

Critics of Dodd-Frank assert that it does not address institutions deemed too big to fail since it explicitly permits bailouts via a “resolution authority” provision to be initiated at the discretion of government authorities. Many people – including Sandy Weill, John Reed, and Richard Parsons (all former Citigroup chairmen) – argue that banks are, in fact, too big. Federal Reserve Governors Tarullo, Fisher, Stein, Plosser, and Bullard argue that the only solution is to break up the mega-banks.

However, others would simply require that banks raise their capital ratio to 10% or more of their assets, and require more cash reserves. They note that during the Great Depression, large New York banks maintained more than 15% of their assets in equity and cash reserves in excess of 25% – and none of these banks failed.

Cam Fine, CEO of the 7,000-member-strong Independent Community Bankers of America, bluntly claims, “Too-big-to-fail firms should be downsized and split up.” Rather than reducing the risk that mega-banks pose, the Dodd-Frank Act has aggrandized the advantage of large banks over smaller competitors, imposing such a burden on the latter that “they will simply have to sell out to larger institutions that have the staff to deal with the massive volume of new reports and rules,” according to American Bankers Association President Ed Yingling.

The provisions of Dodd-Frank extend well beyond bankers to other segments of the financial industry. While unpopular, many players have reluctantly prepared for its new rules and discovered that the situation is not quite as dire as initially projected. According to Wulf Kaal, a University of St. Thomas professor who surveyed 94 private equity, venture capital, real estate, and hedge fund advisers, 7 of 10 say that the new laws haven’t affected their investors’ rates of return, nor do they plan to alter their investment style. In other words, the regulations have been diluted and defanged to the extent that no real change is required.