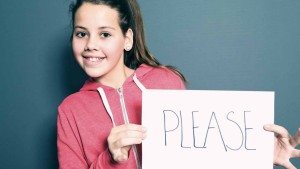 “Each new generation born is in effect an invasion of civilization by little barbarians, who must be civilized before it is too late.” Those words of American economist Thomas Sowell from his book “A Conflict of Visions” sometimes offend new parents who, looking at their precious bundle of joy, can’t imagine the stubbornness and temper tantrums that await them. Infants are born demanding their parents’ full attention. They are easily frustrated and often defiant. Fortunately, as they grow, they are capable of learning empathy, cooperation, and sharing – skills that are essential as they mature and interact with others.

You are your child’s first teacher. The years between two and four are the “age of imitation,” according to Phyllis Magrab, Ph.D., director of the Georgetown University Center for Child and Human Development. “Toddlers watch you closely and mimic what you say,” she explains. For better or worse, parents are the earliest and greatest influence upon children’s behavior, and that motherly and fatherly impact extends far beyond childhood into adulthood.

When the Christian Bible talks about the “sins of the father” afflicted upon his children, it may be referring to the significant impact parents have upon the actions and feelings of their children and the adults they become. Countless adages reflect similar thoughts: “The apple doesn’t fall far from the tree,” “A chip off the old block,” and, “Like father, like son.” As poet Maya Angelou said, “I became the kind of parent my mother was to me.”

The greatest lesson that parents can teach their children is respect for themselves and others. Manners – actions that exhibit self-restraint, soft speech, and thoughtful gestures – are visible expressions of respect. Manners affect and define character, the essence of who we are inside.

Good manners are not the province of the wealthy, the educated, or the gifted. Rather, they are available to every person, regardless of social or economic circumstance.

Benefits of Good Manners in Children

Aside from the pride parents feel when their children make a good impression on others, the benefits to the children are immense. Those who have been taught proper manners are better prepared to cope with stress and adversity gracefully. Manners help build social skills that are essential when meeting new people or behaving properly in new situations. Further benefits include the following: