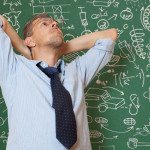 Your quest is finally complete. After hundreds of hours of effort, thousands of dollars, and innumerable worries of failure, you’ve finally succeeded. Your idea has become a reality, with riches and fame just around the corner. With the hard work done – envisioning, developing, and protecting your invention – you approach potential investors and buyers for capital to manufacture and sell your product. In the process, you discover one or more of the following:

Such is life for an inventor. From the years 2002 to 2012, more than 4.6 million patent applications were made and 2.2 million patents issued according to the U.S. Patent and Trademark Office. Yet, only a small proportion of the products covered by the issued patents become commercial successes.