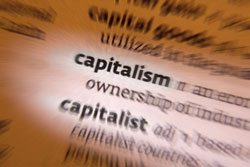 The idea that a growing economy benefits all classes has a long history of acceptance. It has been embedded in political rhetoric for the past half-century, regardless of party – in fact, John F. Kennedy is credited with the saying, “A rising tide lifts all boats.”

The theory – popularized as “trickle-down economics” – presumes that economic policies that help the wealthy eventually benefit everyone. It’s led to federal legislation reducing taxes on the wealthy and easing corporate regulation, as well as Supreme Court decisions increasing the legal rights of corporations, bringing them in near-parity with natural beings.

Despite expectations that the country as a whole would benefit from these measures, the results have been disappointing. Consequences have included a growing income disparity between the wealthiest members and the rest of society. It’s also led to an increase in national debt and significant corporate abuses of public trust, such as the manipulation of energy and securities markets. As a result, citizens and corporate leaders are rejecting the old paradigm and exploring a new model for capitalism.

The 1990s savings and loan failures, Enron’s manipulation of electricity prices in 2001, and the mortgage securities crisis in 2008 are major examples of the negative consequences of capitalism. In the view of many business and citizen leaders, corporate greed and uncontrolled capitalism have also had the following general negative effects.

1. Lack of Equality and Opportunity

The most public critic of the current capitalist system has been Pope Francis. In an apostolic exhortation issued November 26, 2013, he asserted that “today everything comes under the laws of competition and the survival of the fittest, where the powerful feed upon the powerless. As a consequence, masses of people find themselves excluded and marginalized: without work, without possibilities, without any means of escape.” The Pope goes on to say that the minority who do benefit “reject the right of states, charged with vigilance for the common good, to exercise any form of control. A new tyranny is thus born, invisible and often virtual, which unilaterally and relentlessly imposes its own laws and rules.”

Businesses overtly resist the efforts made by governments – which have the responsibility of protecting the rights and interests of their citizens – to pass laws or regulate corporate activities. All this, even as the wealthy benefit the most from publicly owned assets and exorbitant government contracts.