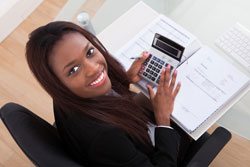 Despite what Democratic Senator Ron Wyden of Oregon calls “a rotting economic carcass that’s infected with chronic diseases like loopholes and inefficiencies,” federal tax reform is unlikely to occur until after the U.S. presidential election in 2016. Deadlock between the political parties is likely to continue, especially in light of Republicans gaining control of both houses of government during the November 2014 elections.

However, despite the inaction of Congress, the fact remains that more than 50 tax breaks expired at the end of 2013 – and many Americans are unaware of the changes, even though their tax bill may incur a significant increase. If you are among those earners who may be affected, it is important to recognize these changes and to take action before the end of the year to keep more of your gross earnings.

Tax Law Changes That May Affect You in 2015

High-earning taxpayers will be liable for higher taxes due to laws passed in 2013 that include the following:

Additional changes that may increase your taxes include the following: